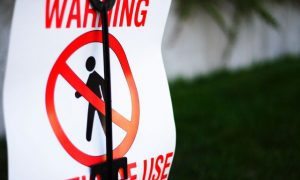 People in 18 countries across Europe have been found to have traces of the weed killer glyphosate in their urine, show the results of tests commissioned by Friends of the Earth Europe and released today [1].

The findings raise concerns about increasing levels of exposure to glyphosate-based weed killers, commonly used by farmers, public authorities and gardeners across Europe. The use of glyphosate is predicted to rise further if more genetically modified (GM) crops are grown in Europe [2].

Despite its widespread use, there is currently little monitoring of glyphosate in food, water or the wider environment. This is the first time monitoring has been carried out across Europe for the presence of the weed killer in human bodies.

Friends of the Earth Europe’s spokesperson Adrian Bebb said: “Most people will be worried to discover they may have weed killer in their bodies. We tested people living in cities in 18 countries and found traces in every country. These results suggest we are being exposed to glyphosate in our everyday lives, yet we don’t know where it is coming from, how widespread it is in the environment, or what it is doing to our health.

“Our testing highlights a serious lack of action by public authorities across Europe and indicates that this weed killer is being widely overused. Governments need to step-up their monitoring and bring in urgent measures to reduce its use. This includes rejecting any genetically modified crops that would increase the use of glyphosate.”

Friends of the Earth Europe is calling on the European Union to urgently investigate how glyphosate is finding its way into people’s bodies; to increase the levels of monitoring in the environment and in food and water; and to introduce immediate restrictions on the use of glyphosate.

Friends of the Earth Europe commissioned laboratory tests on urine samples from volunteers in 18 countries across Europe and found that on average 44% of samples contained glyphosate. The proportion of positive samples varied between countries, with Malta, Germany, the UK and Poland having the most positive tests, and lower levels detected in Macedonia and Switzerland. END_OF_DOCUMENT_TOKEN_TO_BE_REPLACED

An unapproved GM wheat crop may throw the US industry into disarray.

Japan, the largest market for US wheat exports, suspended imports from the United States and cancelled a major purchase of white wheat this week after the discovery of unapproved genetically modified wheat in an 32-hectare field in Oregon.

How the altered crop made its way to the Oregon field remains a mystery. The strain was developed by Monsanto to make wheat resistant to its own industry-leading weed killer, Roundup.

Monsanto tested the altered seed in more than a dozen states, including Oregon, between 1994 and 2005, but it was never approved for commercial use.

Yet the US Department of Agriculture reported that recent tests identified the strain after an Oregon farmer trying to clear a field sprayed Monsanto’s herbicide, Roundup, and found that the wheat could not be killed.

The report rattled US wheat markets. In addition to Japan’s action, the European Union, which imports more than a million tonnes of US wheat a year, said it was following developments ”to ensure EU zero-tolerance policy is implemented”. It asked Monsanto to help detection efforts in Europe.

The issue focuses attention on St Louis-based Monsanto, a $US56 billion company with more than $US13.5 billion in sales of seeds, services, weed killer and biotechnology to the agriculture industry.

In the face of mounting protests, including public demonstrations in multiple cities last weekend, the company has stood behind its other genetically modified products. END_OF_DOCUMENT_TOKEN_TO_BE_REPLACED 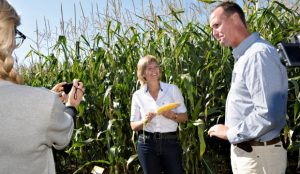