International Charitable Organization “Environment-People-Law” (hereinafter – EPL) express our deep concern over the fact that the President of Ukraine vetoed two environmental European integrational laws adopted by the Verkhovna Rada of Ukraine on October 4, 2016.

To whom it may concern

The proposals of the President of Ukraine to the Law of Ukraine “On Strategic Environmental Assessment” and the Law of Ukraine “On Environmental Impact Assessment” are ungrounded, sometimes explicitly erroneous, not offering specific recommendations, and had been repeatedly discussed and duly declined by authors of the draft laws. This proves to be a deliberate manipulation of the veto right, whichis confirmed by the facts presented below. 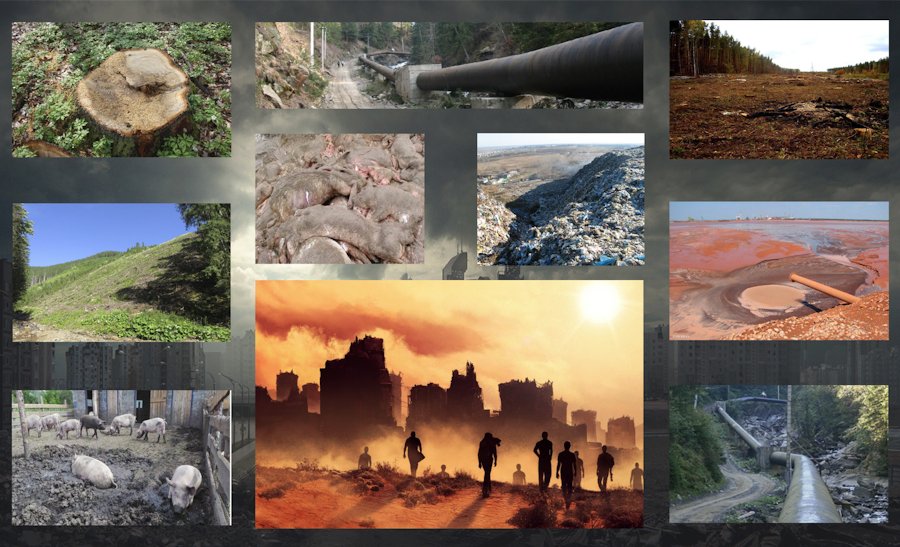 The President of Ukraine is the Head of the State and acts in its name. According to findings of the Compliance Committee of the Aarhus Convention, the Espoo Convention and provisions of the EU-Ukraine Association Agreement (Annex 30 contains relevant obligations), Ukraine has an obligation to the international community to introduce in Ukraine the procedure of environmental impact assessment and strategic environmental assessment. According to the Decree of the President of Ukraine “On “Ukraine – 2020 ” Strategy of Sustainable Development”, the President determined that the vector of Ukraine’s development is to ensure sustainable economic growth in an environmentally sustainable manner; the security vector is aimed to ensure safe life and health through safe environment.

Therefore, it is not clear why the President and Presidential Administration did not manage to do professional analysis of articles of the laws during 15 days as stipulated by law, did not provide proposals to articles together with justification of these proposals. Comments of the President on the Law of Ukraine “On Strategic Environmental Assessment” make it evident that he did not get familiarized with the latest version of the law. The proposals refer to nonexistent articles, do not offer any examples of assumed abstract rules, legal uncertainty and contradictions. Such proposals cannot be taken into account because they do not contain any specific comments. The expressed concern about a possible check ofbudget documents indicates to full misunderstanding of the essence of strategic environmental assessment, which is aimed to ensure that due account is taken of environmental issues, in particular human health issues, in the course of development of plans and programs, while having nothing to do with the analysis of financial mechanisms of funds distribution.

The proposals of the President of Ukraine as regards the Law of Ukraine “On Environmental Impact Assessment” № 1639-VIII show a low level of understanding of the very essence of the institute of EIA and content of the reform of environmental assessment as a tool of state regulation as proposed by this law. The President is not aware of the fact that the procedure of EIA is introduced to replace the institute of state environmental expertise, so neither the number of permits for launching planned activities nor the terms of their issuance will increase as a result of adoption of the law.

The President expresses concerns about the possibility of increasing corruption factors in decision-making on economic activities. However, the law 1639-VIII is the first Ukrainian law, which provides for official publication through the Unified Register of EIA of all documents that are grounds for making decisions on EIA. It is recognized that openness and transparency of the procedure are key prerequisites of reducing a corruption component.

Some proposals formulated by the President are not in line with international documents and EU directives, for implementation of which the law was developed. In particular, the President proposes to exclude from the scope of EIA business activities in the Chornobyl zone, as well as large-scale and important for restoring economic potential of the state infrastructure projects and changes in the activities and facilities as regards their environmental impact. Introduction into the law of such exceptions and failure to cover by the EIA procedure changes in the activities and facilities would be partial compliance of Ukraine with its obligations, including under the EU-Ukraine Association Agreement and agreements in the framework of the Energy Community.

Other proposals of the President are clearly erroneous. There are complaints about the violation of the principle of legal certainty as part of the constitutional principle of the rule of law, because the law does not define a body (an official) authorized to consider cases on administrative offenses, introduced by the law. However, the President overlooked the fact that the law does provide for exactly such changes to Article 255 of the Code of Ukraine on Administrative Offences, which defines the powers of the relevant authorities. Equally erroneous are comments of the President as regards the contradictions between the law “On Environmental Impact Assessment” and special law of Ukraine “On Principles of State Supervision (Control) over Economic Activities.” The latter does not provide for requirement to impose limitations on activities (reduce emissions and discharges of pollutants and waste disposal) exclusively by the court; such a requirement is provided for only to suspend production (manufacturing) or sale of goods, works and services.

In view of the above, we can draw two conclusions: either the President deliberately undermines already unstable political situation in the country and is aware of the violations and failure to comply with his earlier promises, especially those that no one can close European doors of democracy for our country, or the President is misinformed about the laws he vetoed because some people from his inner circle want to get some immediate benefits.

The position of the President regarding the mentioned laws is particularly regrettable in view of the fact that the country is close to ecocide. This is proved by facts of environmental disasters occurring over recent years: there are loggers that destroy forests, there are poachers that are not stopped by the current legislation, there are amber republics, with which the government cannot cope, there are destructed Carpathians and poisoned rivers.

The position of the President regarding the mentioned laws is particularly regrettable in view of the fact that these two laws are the result of many years of work of Ukrainian and European experts funded by the European Union. The position of the President negated long titanic high-quality work of the team of experts including within the EU project. Thus, significant funds of EU taxpayers were spent in vain. Return of the laws for a new circle of consideration will many years of battles with supporters of chaos in environmental protection and again waste of budgetary funds and funds of European donors, which is absolutely unacceptable in terms of good governance. In view of this we have a question for donors: is it worth supporting the country with such irrational management?

The statement is open for signing.